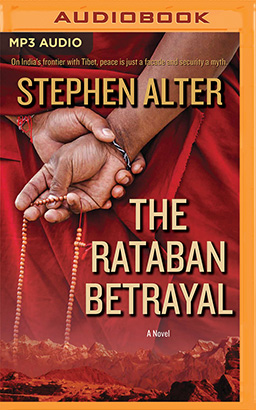 On India's frontier with Tibet, peace is just a façade and security a myth.

The sleepy Himalayan hill station of Mussoorie, near India's border with Tibet, is home to an eclectic mix of residents including Tibetan refugees and former guerrilla fighters, foreign missionaries, Indian military, tourists, and spies. Here, in a top-secret facility facing the snow-clad Himalayas, India's legendary spymaster, Colonel Imtiaz Afridi, keeps a watchful eye on sensitive high-altitude borders. Having been a mountaineer in his youth, Afridi once climbed many of these peaks, including Rataban, a mountain with a treacherous history. When an American agent is shot dead in Mussoorie, both the CIA and India's Research and Analysis Wing (RAW), dispatch undercover agents to investigate. The American's death is quickly linked to the slayings of two Indo-Tibetan Border Police guards, suggesting possible Chinese infiltration. Working with Afridi is the brilliant junior analyst, Annapurna "Anna" Tagore, who helps him unravel these clues and other disturbing signs that something dangerous is brewing.

When more violent acts shatter Mussoorie's calm, the CIA and RAW have no choice but to team up. Soon Afridi and the young Indian and American agents are piecing together a bloody conspiracy of revenge and murder that could shake the very foundations of world peace.