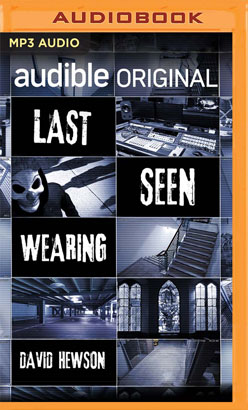 It's a private eye's job to dig up secrets. But what if those secrets turn out to be her own?

It's been two years since Dinah Collins left the NYPD in disgrace, forced out for digging too deeply into the sudden disappearance of a fellow cop - her brother, Danny. Now, scraping by as a PI, Dinah is hired to find a young woman, Lucy Fisher, who vanished on Halloween, last seen wearing a creepy costume.

As she pursues a deadly trail of clues, Dinah will find she's faced with a terrible choice: If she can only save one person, Danny or Lucy, who will it be?

Last Seen Wearing is performed by: