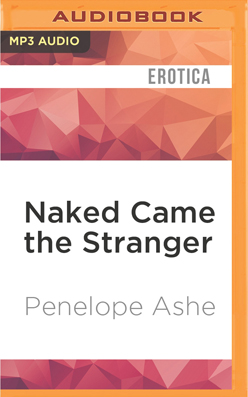 A steamy, bestselling tale of Long Island lust, written as a daring literary hoax by Newsday columnist Mike McGrady and two dozen of his colleagues.

For talk show host Gillian Blake, the suburbs have long been a paradise. On the radio, she and her husband are Gilly and Billy, local media stars and "New York's Sweethearts of the Air". At home they're the envy of their neighbors. Only in the bedroom is their life less than perfect. When Gillian learns that her husband has a mistress, she takes revenge the only way she can. With each lover she takes, her lust multiplies, until this demure housewife becomes a creature of pure passion. No man on Long Island—be he hippie, mobster, or rabbi—is safe when Gillian goes on the prowl.

Written by 24 reporters under the moniker of Penelope Ashe, Naked Came the Stranger was an attempt to produce the steamiest and most wildly over-the-top novel of all time—good writing be damned. A sensation upon its first release, 40 years later the book remains one of the most sinfully amusing potboilers ever published.