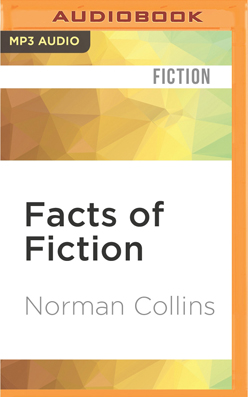 This is a collection of essays on essays on Smollett, Lawrence, Austen, Dickens & others, by a man who went on to write a number of hugely popular novels. The classic book on the craft of writing, this is Norman Collins’ first published work.

Norman Richard Collins (1907-1982) was born in Beaconsfield, Buckinghamshire. In his early career he worked in publishing while also writing and publishing several successful novels. In 1941 Collins began working at the BBC. During this time he became known for his innovative programming, which included Woman’s Hour, which still airs today on BBC Radio Four. He rose to controller of the BBC Television Service, later leaving to co-found what is now ITV after deciding a competitor to the BBC’s monopoly was needed.

Collins continued to write fiction throughout his busy working life. Although never a full-time writer he was a fluent and prolific author, with 16 titles and two plays to his credit between 1934 and 1981. An autograph edition of 12 of his novels was published during the 1960s.