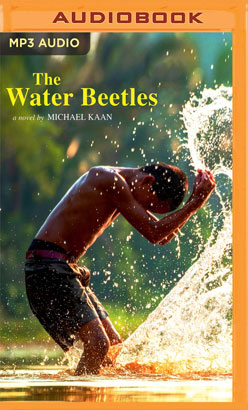 The Leung family leads a life of secluded luxury in Hong Kong. But in December 1941, the Empire of Japan invades the colony. The family is quickly dragged into a spiral of violence, repression, and starvation. To survive, they entomb themselves and their friends in the Leung mansion. But this is only a temporary reprieve, and the Leungs are forced to send their children away. The youngest boy, Chung-Man, escapes with some of his siblings, and together they travel deep into the countryside to avoid the Japanese invaders. Thrown into a new world, Chung-Man befriends a young couple who yearn to break free of their rural life.

But their friendship ends when the Japanese arrive, and Chung-Man is once again taken captive. Unwittingly and willingly, he enters a new cycle of violence and punishment until he finally breaks free from his captors and returns to Hong Kong. Deeply scarred, Chung-Man drifts along respectfully and dutifully, enveloped by the unspoken vestiges of war. It is only as he leaves home once again - this time for university in America - that he finally glimpses a way to keep living with his troubled and divided self.

Written in restrained, yet beautiful and affecting prose, The Water Beetles is an engrossing story of adventure and survival. Based loosely on the diaries and stories of the author's father, this mesmerizing story captures the horror of war through the eyes of a child with unsettling and unerring grace.