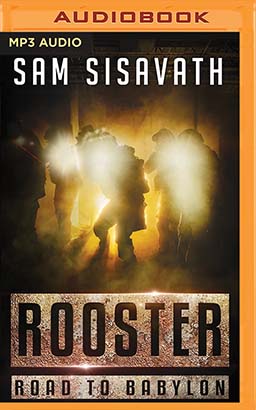 HOUNDED, CORNERED, AND RUNNING OUT OF OPTIONS, BUT NEVER DEFEATED.

Keo has been in tough situations before. Some have been tougher than others, but he’s always managed to come out on top thanks to an innate stubbornness, the skills he’s honed from a previous life, and a whole lot of Lady Luck.

But Luck can sometimes be a fickle mistress, there are always people with more skills, and stubbornness has a tendency to bite you in the ass if you’re not careful.

Since leaving Gaby at Axton, Keo finds himself being stalked by a highly-trained group of humans in the day and hordes of the undead at night. Someone, something out there wants him, and it won’t be denied.

In Book 3 of The Road to Babylon series, a man who has survived against all odds will find his resolve tested like never before. But if anyone can do it, it’s Keo. After all, he simply refuses to lose…even if it kills him.