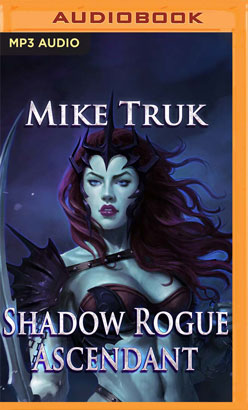 The band is in trouble. Port Gloom is aflame behind them, and hundreds lie dead in their wake as Kellik and his companions are forced to flee their ancient home. But despite the chaos and carnage they've already caused, one thought remains their focus:

Exacting ever greater revenge on the Family.

Yet the truths that Kellik discovered about his heritage threaten to shatter his group's bonds of trust and intimacy just when he needs them most. Weighed down by internal suspicion and the horrors revealed in the Sodden Hold, they must travel to the degenerate and perilous swamp city of Port Lusander, where their every weakness will be used against them.

There is nothing, however, that Kellik won't do to get his vengeance. With witches, assassins, and even necromancers by his side, the forces arrayed against him have no idea what they're in for....