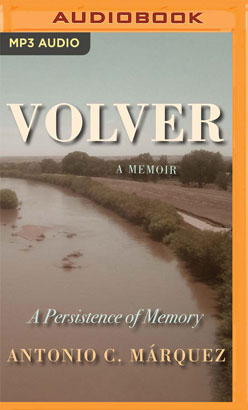 A Persistence of Memory

Born on the eve of World War II into a family of Mexican immigrants in El Paso, Antonio C. Márquez remains a child of the border, his life partaking of multiple cultures, countries, and classes. Here he recounts his life story, from childhood memories of movies and baseball and friendship with his Chinese Mexican American neighbor, Manuel Wong, to the turbulent events of his manhood.

Márquez recalls the impact of immigration and war on his family; his experiences of gang conflict in El Paso and Los Angeles in the 1960s; enlisting in the Marine Corps; his activism in the Civil Rights movement, the antiwar movement of the Vietnam era, and the Crusade for Justice; and his travels to crisis-ridden Latin American countries. From a family where no one had the luxury of higher education, Márquez became a professor when universities hired few Chicanos. His is a story of survival and courage.