Swords of Silence, The 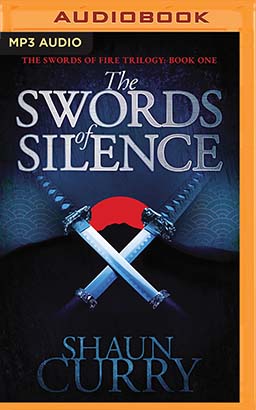 Swords of Silence, The

Book 1: The Swords of Fire Trilogy

Joaquim Martinez, a gifted martial artist, left Portugal for a quiet life. Years of harboring an unforgivable secret from his past have taken their toll on him. In Hinzen Province, Japan, he wants nothing more than anonymity. Unfortunately, that’s impossible.

When the country’s military dictator – the Shogun – outlaws Martinez’s religion, his and the villagers’ lives are thrown into turmoil.

Where once new ideas and beliefs had been accepted – with European Jesuits welcoming more than 100,000 converts into the Catholic faith – now the nation is shutting itself off from outside influences. The odds are stacked even higher when those who won’t recant or accept banishment face a sentence of death.

With the threat of a massacre looming, and the Shogun’s Samurai closing in, Father Martinez must decide if he’s willing to risk everything for the villagers he’s come to think of as family.

Based on actual historical events, this vivid, non-stop action adventure is a glimpse into the world of samurai-dominated Japan. Honest and raw, without a detail left out, Swords of Silence plays against a backdrop of a holocaust in the complicated political climate of 17th century Japan.