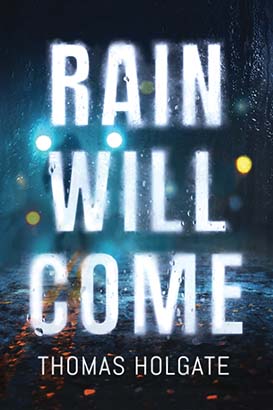 A thrilling, page-turning debut about a twisted killer and a broken cop—both with nothing to lose.

Paul Czarcik, the longest-tenured detective in the Illinois Bureau of Judicial Enforcement, puts the rest of the team to shame. Ruthless and riddled with vices, Czarcik always gets his man. And fast. Until now…

A double slaying isn’t the open-and-shut case of urban crime he’s used to. Connecting it to a high-profile Texas judge, Czarcik realizes something bigger is going on. It’s the work of a serial killer for whom Chicago is just the beginning. Now he’s inviting Czarcik to play catch-me-if-you-can on a cross-country murder spree.

Going rogue, Czarcik accepts the challenge. But as the bodies pile up, he must come to grips with the fact that nothing—not the killer, the victims, or the rules—is what it seems in this bloody game of cat and mouse.