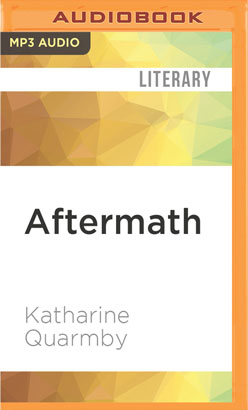 A journalist is haunted by the ghost of a story - and a woman - she can't leave behind. A story so powerful that it haunts the dreams and waking hours of all that have lived through it. A genocide in which the West failed to save the innocent. This is the story of aftermath - of how the dead we fail, haunt us - and how we must return, to lay their ghosts and set ourselves free.

Katharine Quarmby is a writer, journalist, and film-maker. Her latest book is No Place to Call Home: Inside the Real Lives of Gypsies and Travellers (One World Publications, 2013). Her first Kindle Single, Blood and Water, was also published this year (Thistle, 2013). In 1997 she travelled with reporter Fergal Keane and BBC Panorama to Rwanda, two years after the genocide, working as assistant producer on the Bafta award-winning Valentina's Story. She returned with Fergal Keane to produce two prize-winning films with BBC Newsnight in 1999. Since then she has worked both in TV and in print journalism, as a correspondent for The Economist, as well as contributing to British broadsheets, including the Guardian and Sunday Times. This is her first short story.