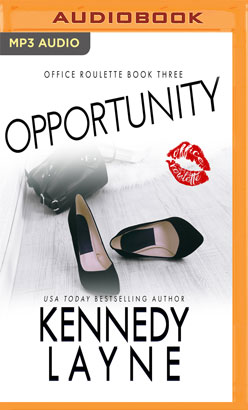 Gareth Nicollet had been born into wealth, but he'd learned at an early age that money wasn't everything it was cracked up to be. Regrettably, he'd made a meaningful choice early on in his life that now threatened his future with the woman he loved.

Cynthia Ellsworth valued many things, but trust and loyalty were at the top of her list. She'd always known the man who shared her bed had secrets, but she never thought in a million years he had the ability to destroy her career and her heart with a single blow.

Someone once said greed was balanced by fear, but that wasn't entirely true when there was nothing left to lose. Unfortunately, Gareth's secret is the very reason the roulette wheel is spinning and Cynthia's life hangs in the balance.