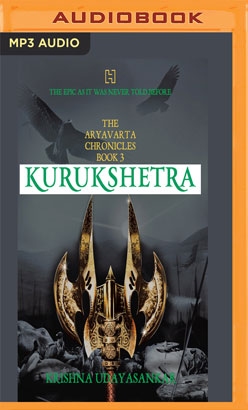 The Aryavarta Empire stands on the brink of destruction. Krishna Dwaipayana Vyasa and the Secret Keeper of the Firewrights can do no more than watch as their kin destroy one another on the fields of Kurukshetra. Those very humans who once protected the land have become savages, killing and maiming their own people with abandon.

Right in the midst of the torrent stands Govinda Shauri. He has been driven to madness by betrayal and failure, and he has become the greatest enemy that Aryavarta must face. In this climactic end to the series, he will stop at nothing to destroy everything he loves and unleash his might in the belief that humanity will once again rise from the ashes.