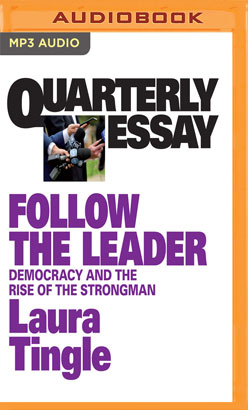 Follow the Leader: Democracy and the Rise of the Strongman

Tingle notes that leaders must command not only their country but also their party. Where does this leave Malcolm Turnbull and Bill Shorten? She observes that Turnbull came to power seeking to do the opposite of everything Tony Abbott did, but neither leader’s approach has been seen as a success. Why? And what can Australia’s next Prime Minister learn from this?