Final Days of Magic, The 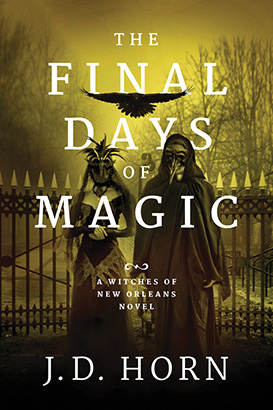 Final Days of Magic, The

Once caged in an illusory realm by blood relatives, Alice Marin has been freed into a world where the last remnants of magic are quickly passing away. Dissolving with them is the unity among witches…and their sanity. Grappling with the revelations of her true parentage—and her burgeoning relationship with Nathalie Boudreau, a psychic with her own demons—Alice and her allies, both living and dead, must draw on every skill they possess. It’s the only way to defeat the destructive forces borne of the horrifying history of Alice’s own family. That means unlocking the final secrets of The Book of Unwinding.

Now, on the longest night of the year, the streets of New Orleans will become a battleground as Alice and the few she can trust engage in a war amid the final days of magic. But the revelations that lie ahead may be too dark to escape.