Wars Within a War 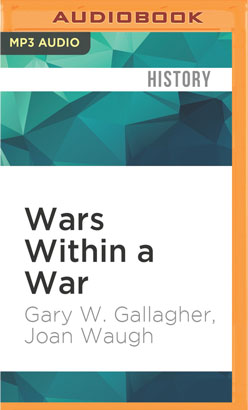 Wars Within a War

Controversy and Conflict Over the American Civil War

The 12 essays in Wars within a War explore the internal stresses that posed serious challenges to the viability of the opposing sides in the Civil War as well as some of the ways in which wartime disputes and cultural fissures carried over into the postwar years and beyond.

Comprised of contributions from leading scholars, this volume extends the discussion of controversies far past the death of the Confederacy in the spring of 1865. Contributors address, among other topics, Walt Whitman's poetry, the handling of the Union and Confederate dead, the treatment of disabled and destitute northern veterans, Ulysses S. Grant's imposing tomb, and Hollywood's long relationship with the Lost Cause narrative.

Reflecting a variety of approaches and methodologies, these essays provide a starting point for anyone interested in how Americans have argued about the prosecution, meaning, and memory of the war.