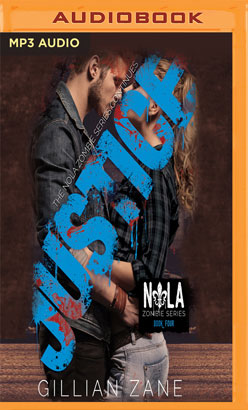 There is unfinished business for the S-Island survivors, and it centers around Lakeview. The New Orleans neighborhood has been taken over by a sadistic group of bikers called the Southern Clan.

Hannah Klink, whom everyone calls Baby no matter how many times she punches them, is training her fellow survivors to defend themselves and work as a unit. The goal is to take back the refugee base at Lakeview and put the army back in charge. It's a daunting task as the group runs into hordes of the dead and encounters resistance when they attack. It's just another day in the life of Baby, MJ Security grunt and zombie apocalypse survivor...until she meets Rebel.

Rebel is a Southern Clan member by birth but not by heart. He had been moving away from them before the apocalypse hit, but by luck or by bad karma he was home from college when the SHTF. Now he's been forced to hole up with them in their camp. They are his only chance for survival. The brothers know he's not one of them, but he keeps his head low and his nose clean as much as possible. Until all hell breaks loose and Rebel is faced with a choice - loyalty to the club or follow his gut and the cute blonde who likes to order him around.

An action-packed continuation of the Amazon best-selling NOLA Zombie series. There is graphic violence, sexual encounters, bad language, and a few zombies in NOLA Zombie, book 4.