Art of Political Murder, The 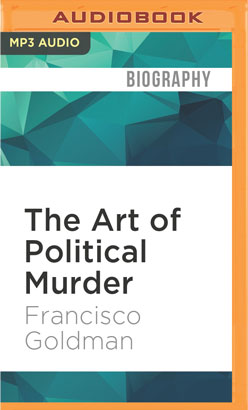 Art of Political Murder, The

Who Killed the Bishop?

Bishop Juan Gerardi, Guatemala's leading human rights activist, was bludgeoned to death in his garage on a Sunday night in 1998, two days after the presentation of a groundbreaking church-sponsored report implicating the military in the murders and disappearances of some 200,000 civilians. Realizing that it could not rely on police investigators or the legal system to solve the murder, the church formed its own investigative team, a group of secular young men in their 20s who called themselves Los Intocables (the Untouchables).

Known in Guatemala as "The Crime of the Century," the Bishop Gerardi murder case, with its unexpectedly outlandish scenarios and sensational developments, confounded observers and generated extraordinary controversy. In his first nonfiction book, acclaimed novelist Francisco Goldman has spoken to witnesses no other reporter has reached, and observed firsthand some of the most crucial developments in the case. Now he has produced The Art of Political Murder, a tense and astonishing true detective story that opens a window on the new Latin American reality of mara youth gangs and organized crime, and tells the story of a remarkable group of engaging, courageous young people, and of their remarkable fight for justice.