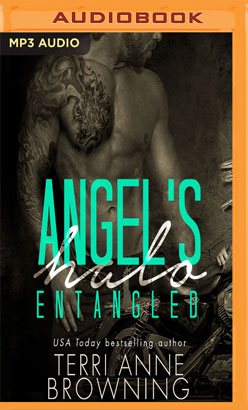 He was the MC's enforcer. The man to dole out punishments within the club. Men feared him, and so the peace was kept. For the most part. But Spider isn't at peace with himself. There is only one thing in life he wants, and she just stormed back into his life....

The moment I saw him, I belonged to Spider Masterson. Now, four years later, I still can't help but want to belong to him. Even after all the pain he has put me through, I couldn't keep my distance.

There have been two females in my life that have ever made me feel anything. One was my best friend. The other owned my soul. She'd tattooed her name on my heart the second she had smiled at me for the first time. But the past stands in our way.

I know I need to explain that night to her, but once I have her back in my bed, I can't think about anything but making her mine.

Mature content. Not suitable for listeners under the age of 17.