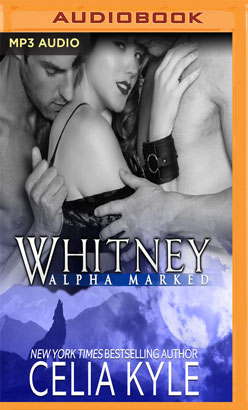 Thirty and single? Well, getcha butt to the Gathering!

Whitney Wickham is at the darned annual werewolf Gathering all right. Only there's one problem: she doesn't belong there. Her sisters carry the Mark indicating they'll mate an Alpha Pair of wolves, while Whitney does not have that lovely, swirling scar. She's been hauled half way around the world to be stared at, and not-so-covertly sniffed, for no reason. Unfortunately, the gorgeous, drool worthy, magic-mojo-wielding Wardens don't know why she's been summoned to the Gathering any more than she does. Which sucks. But at least they're hot.

Emmett Greene and Levy Walters are Wardens - keepers of the law and embodiment of the magic of the werewolves. They can never mate, never marry, and never form a lasting romantic relationship. It's a hard and fast law that keeps their powers pure of outside influence.

Rules are going to be broken.

One look at Whitney, one hint of her scent, and they realize their immovable laws might have to jiggle. She's got luscious curves, a wicked smile, and a mouth that would make a thousand men weep. No matter the rules, their inner wolves will claim her. The only things standing in their way are the Elder Wardens who will do anything...anything...to keep Emmett and Levy from discovering the truth: the laws are wrong. And being with Whitney Wickham is so very, very right.