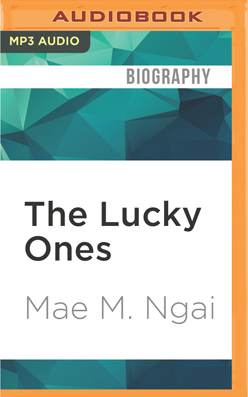 One Family and the Extraordinary Invention of Chinese America

If you're Irish American or African American or Eastern European Jewish American, there's a rich literature to give you a sense of your family's arrival-in-America story. Until now, that hasn't been the case for Chinese Americans. From noted historian Mae Ngai, The Lucky Ones uncovers the three-generational saga of the Tape family. It's a sweeping story centered on patriarch Jeu Dips' (Joseph Tapes') self-invention as an immigration broker in post-gold rush, racially explosive San Francisco, and the extraordinary rise it enables. Ngai's portrayal of the Tapes as the first of a brand-new social type—middle-class Chinese Americans, with touring cars, hunting dogs, and society weddings to broadcast it—will astonish.