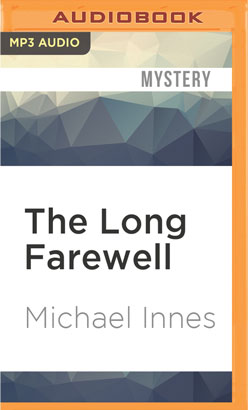 Lewis Packford, the great Shakespearean scholar, was thought to have discovered a book annotated by the Bard—but there is no trace of this valuable object when Packford apparently commits suicide. Sir John Appleby finds a mixed bag of suspects at the dead man's house, who might all have a good motive for murder. The scholars and bibliophiles who were present might have been tempted by the precious document in Packford's possession. And Appleby discovers that Packford had two secret marriages, and that both of these women were at the house at the time of his death.