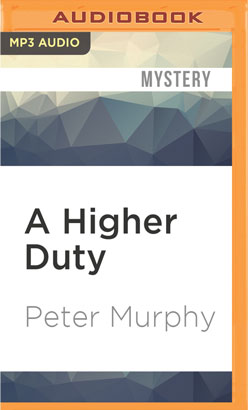 In Harold Macmillan's Britain of the early 1960s the Bar is dominated by white, privileged, Oxbridge men. Underneath a profession which proudly flaunts its integrity and traditions lies a world of hypocrisy and ruthless self-interest. When scandal threatens, self-preservation is the only goal and no one is indispensable.

Ben Schroeder, a talented young man from an East End Jewish family, has been accepted as a pupil into the chambers of Bernard Wesley, QC. But Schroeder is an outsider, not part of this privileged society, where wealth and an Oxbridge education are essentials. He encounters prejudice, intrigue, and scandal.

Kenneth Gaskell, a rising star of Wesley's chambers has become involved in an affair with a high-profile client and the relationship, if known, could ruin his career, and the careers of all those around him.

But Bernard Wesley has some information—he knows about a student prank that went terribly wrong. Can he use this knowledge in a desperate gamble to save his chambers and turn the tables on his old rival, Miles Overton, QC? Ben Schroeder has proved his ability, but he is no more than a pawn in this game. Can he survive in this world where nothing, not even justice, is sacred?

After graduating from Cambridge University, Peter Murphy spent a career in the law, as an advocate and teacher, both in England and the United States. His legal work included a number of years in The Hague as defence counsel at the Yugoslavian War Crimes Tribunal.