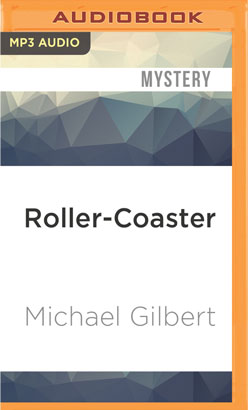 Patrick Petrella is now installed behind a new desk, as Superintendent of an East London dockland area. Though this marks a well merited step up the career ladder, the paperwork of modern policing makes Petrella itch to be out on the streets again.

There is also the nasty taste left by the manner of his predecessor's departure. Petrella detects patterns of rival gangs at work and uncovers a paedo-porn ring which stretches across the North Sea to Amsterdam's sleazier side. Soon he finds himself up against one of the most unscrupulous outfits in London and he is in no doubt about which course of action to take.

Michael Francis Gilbert ( 1912- 2006) is recognized as one of the most versatile British mystery writers. He was a lawyer in London for many years and at one point had Raymond Chandler as his client. He wrote almost every sort of mystery and thriller. He wrote police procedurals, spy novels and short stories, courtroom dramas, classical mysteries, crime novels, and almost every possible combination of these, all with the same competence and dry, detached wit. Gilbert was a founding member of the British Crime Writers Association, Named Grand Master by the Mystery Writers of America and was named Number 24 on The Telegraph's "50 crime writers to read before you die."