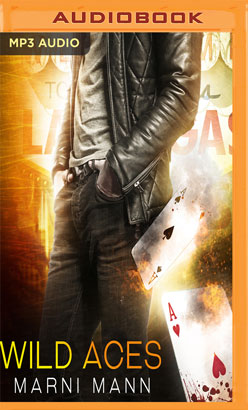 I was passed from one abusive home to another. They were all the same - the taste of blood on my tongue, the sound of broken bones in my ears.

It was the hand I was dealt.

But when I finally escaped the system that tore me apart, I dedicated my life to avenging those who had laid their hands on me, who spit at me, who told me I was nothing.

I was ready to fight.

The compound reminded me of who I was and where I came from. And business was thriving.

Then I met Brea. She was unexpected, a Wild Ace in my deck. I could sense her own painful past, but I fed off her light. She was my escape from the darkness that surrounded me. My moment of freedom.

The moment was brief.

As soon as the door swung open, my worst nightmare sat on the other side. Brea had fallen into the shadows of my destruction. She'd finally seen the true ugliness in me.