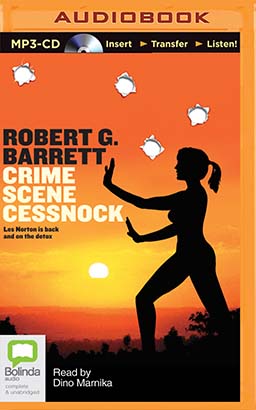 All it took was a summer's day and a flat tyre on his push-bike, and Les is out on bail and on the run from a gun-happy street gang intent on a drive-by. So, with Warren's help, Les Norton defendant, becomes Len Gordon film director, safely ensconced at the ultra-swish Opal Springs Health Resort till Eddie can sort things out back in Sydney.

Unfortunately, the first thing Les finds on arrival is motivational guru Alexander Holden dead at the front gate. Before he knows it, Les is up to his neck in a land of a thousand acronyms, fighting off steroid-happy body builders, sex-crazed socialites, violent greyhound owners and, worst of all, caffeine withdrawals.