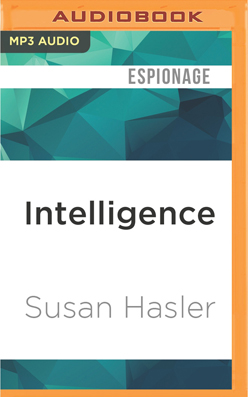 A Novel of the CIA

A team of intelligence agents tries to prevent an impending terrorist attack, but is thwarted by bureaucratic hurdles in this darkly humorous debut by former CIA agent Susan Hasler.

Maddie James and her colleagues are terrorism experts working in a crumbling intelligence agency. They are certain another big terrorist attack is coming, but in a post-9/11 election year, the administration is stressing its victories in the War on Terror, and few want to hear the team's warnings.

Maddie is given a team of five analysts to focus on the impending threat. The crew labors through bureaucratic obstacles, personal problems, and a blossoming romance between its senior members, Doc and Fran. They come heartbreakingly close to stopping the attack, but fail to predict a surprising twist in the terrorists’ plot.

In the wake of tragedy, the administration pins blame on Iran, despite a lack of evidence—so Maddie and her team try to investigate. With dark humor and a razor-sharp tone, they fight back against office politics, government cover-ups, and blackmail in order to set the record straight. A keenly crafted debut that could only be written by an ex-CIA agent, Intelligence will please fans of Wag the Dog and Primary Colors.