Matter of Importance, A 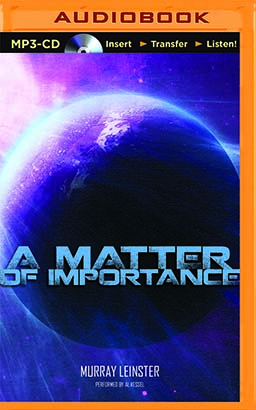 Matter of Importance, A

As humans expend into the galaxy, armies and navies are replaced by policemen. Their approach is different. Policemen don't want to win battles, they want to solve cases and restore order. So when a space liner makes an emergency landing on an uninhabited world and then disappears under seemingly impossibly circumstances, a veteran police sergeant and his sidekick come up against an old warlike culture that they thought had been exiled to a far corner of the galaxy and had not been heard from in decades.

This story is one of Leinster's best. It features a clever and convoluted plot, and a great character in the unflappable Sergeant Madden.