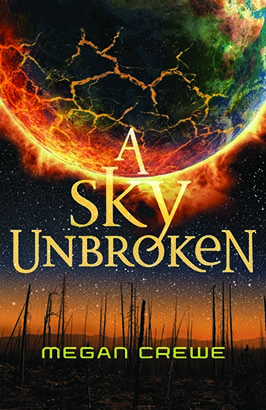 The rebels have been disbanded, their plans ruined. Betrayed by those she trusted most, Skylar finds herself herded, along with a small group of Earthlings, into a living museum—a human zoo—on the Kemyates’ space station, subject to her captors’ every whim. Any move Skylar makes could result in the extinction of her people—but giving in means losing any hope of freedom.

Meanwhile, Win returns home and evades punishment by pretending to be loyal to Kemya. But he can’t bear knowing that Skylar is imprisoned or watch his fellow Kemyates swallow the Council’s lies about Earth. He must bring the truth to the Kemyate public and see the Earthlings freed—even if it means openly challenging his world’s rulers.

In this final book of the action-packed Earth & Sky trilogy, neither Skylar nor Win knows they are about to uncover an even deeper conspiracy—one that could push the future they’re fighting for completely out of reach.