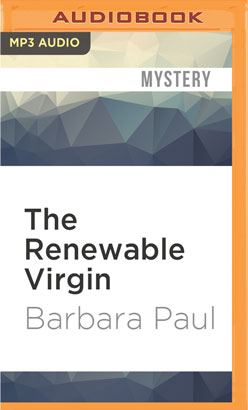 Kelly Ingram is a rising star who has everything going for her - great looks, a livewire personality, enough talent to get by on, a new TV series, and a new lover. She also has an agent and a producer who hate each other, but they still manage to work well enough together to keep Kelly's career moving in the right direction.

But then a friend is murdered, a harmless scriptwriter who should have been no threat to anyone. The scriptwriter's mother enters Kelly's life, a history professor named Fiona Benedict who dislikes everything the actor stands for. Mediating between them is Sgt. Marian Larch of the NYPD, assigned to investigate the murder.

What Marian turns up is a tale of ambition and envy and betrayal going back 15 years. Kelly, Fiona, and Marian - three women who have absolutely nothing in common except the act of murder that brings them together - take turns telling the story, which ultimately demonstrates how friendship can blossom in even the unlikeliest of circumstances.