Dragons of Heaven, The 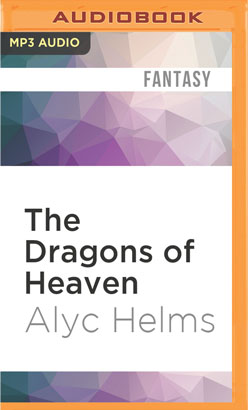 Dragons of Heaven, The

Missy Masters inherited more than the usual genetic cocktail from her estranged grandfather. She also got his preternatural control of shadows and his enduring legacy as the legendary vigilante superhero, Mr. Mystic. After a little work the costume fits okay, but Missy is far from experienced at fighting crime, so she journeys to China to seek the aid of Lung Huang, the ancient master who once guided her grandfather. She becomes embroiled in the politics of Lung Huang and his siblings, the allegedly mythical nine dragon-guardians of all creation. When Lung Di - Lung Huang's brother and mortal enemy - raises a magical barrier that cuts off China from the rest of the world, it falls to the new Mr. Mystic to prove herself by taking down the barrier.

It's a superhero novel, a pulp fantasy novel, with lashings of kung fu, immense kick-ass dragons and an unfailingly sympathetic heroine.