Grandeur of the Lion 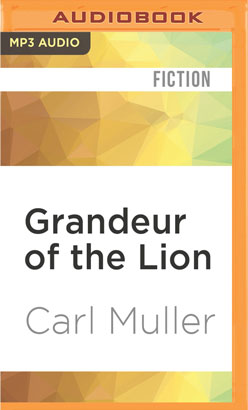 Grandeur of the Lion

For many centuries, Lanka was referred to as Sihaladipa - the island of the Sihala, who were the people of the lion. Children of the Lion told the story of the conquest of Lanka by the great king Vijaya. City of the Lion, carried forward the story of the Sinhala race recounting the return of the lion people to Anuradhapura after the bold and reckless Sinhala prince, Duttha Gamani, waged war against the usurper, Elara, who had ruled over their precious city for nearly fifty years.

In the third book in the series, Carl Muller recounts the glorious days of Duttha Gamini's reign. With blazing energy the king transformed Anuradhapura into the greatest Buddhist city of ancient times. The gods smile down on him - he is blessed with a son and mysterious discoveries of flowers bearing gems, caves with silver and many other riches are made all over the kingdom. These divine treasures help him erect enduring wonders of Buddhism like the colossal Maha Thupa and Ridi Vihara in Anuradhapura. Vividly told, full of rich mythology, Grandeur of the Lion is an extraordinary book about one of the most astounding periods of Sri Lankan history.