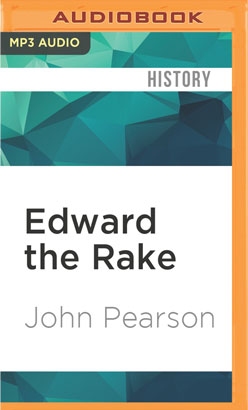 These chapters in the life of Edward the Rake are dealt with frankly and light-heartedly. It is the story of a man who enjoyed himself and his indelicate advantages to the full, a penetrating and yet not unsympathetic portrait of the monarch and of the discreetly swinging social world that he created around him.

John Pearson was born in 1930, and educated at King's College School, Wimbledon and Peterhouse, Cambridge, where he read history. He has worked on various newspapers, including the Economist, The Times, and The Sunday Times where for a time he wrote the Atticus column. After the success of his Life of Ian Fleming, he decamped with wife and family to Rome, where he lived for some years. Mr Pearson returned to England to research and write the life and times of the Kray brothers, and is now at work on a full-scale biography of the Sitwells.