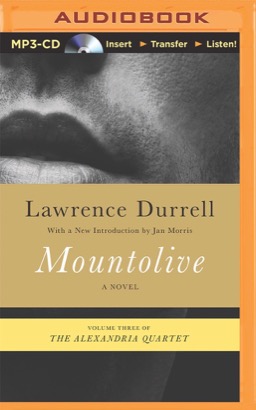 The astounding third offering in Durrell’s Alexandria Quartet, a richly detailed and extraordinary expansion of the events of Justine and Balthazar

David Mountolive is a British diplomat who views love as just another everyday transaction. But as romance turns to betrayal and secret alliances are exposed, Mountolive’s affair will bring the true complexity of contemporary love to the forefront amid the swirling political climate of Alexandria.

Continuing to push beyond the limits of the traditional novel, Lawrence Durrell maintains his unwavering focus in Mountolive. He recasts the romantic affairs and liaisons he so skillfully established in Justine and Balthazar through the eyes of the young Mountolive, building toward the series’ stunning conclusion.