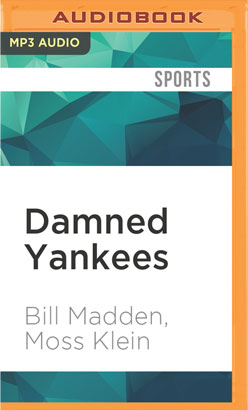 Chaos, Confusion, and Crazyness in the Steinbrenner Era

New York Daily News reporter Madden and Klein, of the Newark Star-Ledger, who have covered the Yankees for years, here join forces on a history that may send fans to their handkerchiefs and opponents into laughter. The authors chiefly discuss the period 1977 to 1989, when principal team owner George Steinbrenner converted a stable, conservative, successful franchise into a club characterized by "chaos, confusion, and craziness'' to the point that some top players refuse to sign with the team. Control of the Yankees, argue Madden and Klein, has been ruled by the whims of a tyrant; as a result, the era they survey has seen 18 managers, 11 presidents, 10 PR agents and innumerable here-today, gone-tomorrow players.