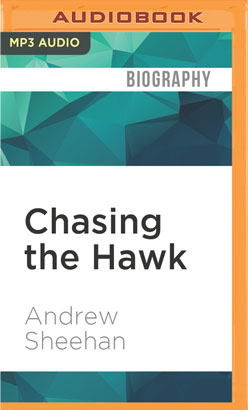 Looking for My Father, Finding Myself

“I have always chased my father, chased after his love, chased him through his many changes. I chased him even when I thought I was running in the other direction. Today, even though he is gone, I chase him still. I know he is the key to my freedom.”

To runners around the world, Dr. George Sheehan, author of the landmark New York Times best seller Running and Being, was nothing short of a guru—the country's “greatest philosopher of sport”. But to his son Andrew, who had spent his entire boyhood longing for the attention and approval of an emotionally distant father, he was an incomprehensible paradox: a lifelong loner, who was now sunning himself in the spotlight of the nation's press; a hero to millions, who seemed to have no time for his own son.

The events that transformed George Sheehan from doctor to family man to bestselling author and media magnet began at the depths of what we would now call a midlife crisis, when he rediscovered an old love—running. Twenty-five years after his days on a high school cross-country team, he remembered how running made him feel free, and began beating a solitary path down his suburban streets. With running as his new religion, the formerly quiet, withdrawn man became an unlikely evangelist, converting a sedentary nation to the theology of fitness, and in the process becoming an internationally known figure.

But the freedom he found in running was not enough, and one day he left his family, having decided that life was “an experiment of one,” and it was time for him to start living it. Angry and disillusioned after years of enduring his father's self-absorption, and hurt by his apparent indifference, Andrew had long since begun the search for his own version of freedom, looking first to drugs and later to alcohol. By his 20s he was a confirmed alcoholic. By his 30s his marriage had fallen apart and he was drinking more heavily than ever.

It was at that moment that his father threw him a lifeline. Although he was struggling with the cancer that would eventually end his life, Dr. Sheehan was the first to notice his son’s pain, and to reach out to him. In this stunningly candid book, Andrew Sheehan describes the process through which these two men carefully and lovingly rebuilt their relationship. And in the effort to understand and forgive the dark side of his father’s psyche, Andrew shows how he came to understand, and to transcend, his own.

A gracefully written paean to the healing power of forgiveness, a memoir that will resonate with any “fallible” parent or child, Chasing the Hawk traces the arduous steps that carry father and son down the hard road to resolution, healing, and love.