City of Wisdom and Blood 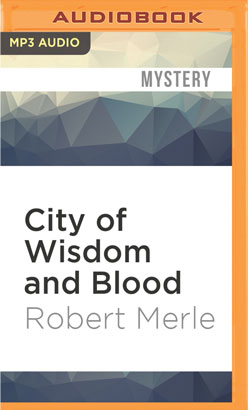 City of Wisdom and Blood

Montpellier in 1566—only fools walk the streets at night unarmed while a profession of faith in the wrong company can lead to a knife in the back. Not even this proud city of philosophers is safe from the menaces that endanger the peace of France. The city militia are struggling to contend with the lawlessness and religious hatred that threaten to tear the whole country in two.

Now an adult, Pierre de Siorac must travel south on dangerous roads to the great university town, accompanied by his strapping but naive brother, Samson, and the crafty Miroul. Well armoured, with swords and pistols at their belts, the trio are confident of repelling any bandits who cross their path, but their new life away from the safety of their Perigord home will bring with it many new dangers and delights.

Continuing the colourful story that began in The Brethren, City of Wisdom and Blood is the second book in the sweeping saga Fortunes of France.

The Brethren is the first volume in the epic historical drama Fortunes of France—a lusty, exhilarating blend of adventure and romance set against the backdrop of a critical period in European history.