Person From England, A 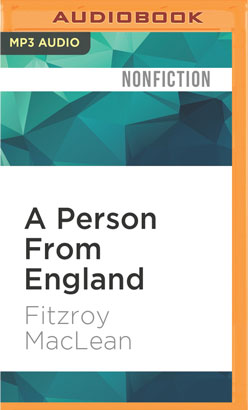 Person From England, A

The legendary cities of Turkestan—Merv, Khiva, Bokhara and Samarkand—have long exerted a romantic fascination upon Western travellers. During the last century, men of many nationalities have played what they and their contemporaries have called "The Great Game"—travelling throughout Central Asia. The author revives memories of the agents and travellers—official and unofficial, military and civilian—who have visited the Khanates of Turkestan, relating their adventures and attempting to recreate the atmosphere and flavour of the region. Extremely well written, Fitzroy Maclean captures a way of life that is fast disappearing.

Sir Fitzroy Hew Royle Maclean of Dunconnel, 1st Baronet KT CBE (1911-1996) was a Scottish soldier, writer and politician. He was a Unionist MP from 1959 to 1974 and was one of few people who entered World War II as a private and left having risen to the rank of Brigadier. Maclean wrote several books, including Eastern Approaches, in which he recounted three extraordinary series of adventures: travelling, often incognito, in Soviet Central Asia; fighting in the Western Desert Campaign, where he specialized in commando raids behind enemy lines; and living rough with Tito and his Yugoslav Partisans. It has been speculated that Ian Fleming used Maclean as one of his inspirations for James Bond.