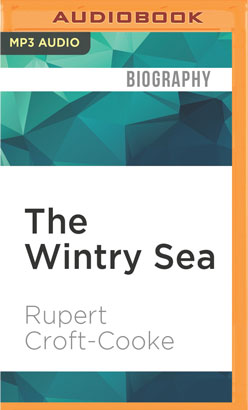 Part of Croft-Cooke's series of autobiographical works, The Sensual World. The Author says, "I have given this book its title because the words seem to fit each of the two journeys it records, journeys which, in the cant phrase of the courtroom, ran concurrently. The first was through the Mediterranean on a Yugoslav cargo boat during the coldest month of one of Europe's most icy winters for a century. The second was along the coastlines of some recent fiction, my choice being made for me by the booksellers in various ports on whose stocks of Penguins I relied."

The books in the Sensual World series are a beautiful record of their time. England of the '20s, '30s, and '40s is brilliantly evoked, and the descriptions of his travels in Europe and Argentina capture the wonder of youth and discovery. He met many famous writers of the time, and the descriptions of his meetings with Kipling, Masefield, Chesterton, and Compton Mackenzie, among others, are full of insight and also the freshness and enthusiasm of a novice writer at the feet of his heroes. He writes with skill, lightness of touch, and humour.

The English author Rupert Croft-Cooke (1903-1979) published 30-odd novels on a wide variety of subjects in his lifetime, as well as poetry, plays, nonfiction books on such diverse topics as Buffalo Bill, Oscar Wilde, Lord Alfred Douglas, Victorian writers, criminals, the circus, gypsies, wine, cookery, and darts. Under the pen name of Leo Bruce he also wrote more than 30 crime novels. At the age of 20, Croft-Cooke spent two years in Buenos Aires, where he founded the journal La Estrella. In 1925 he returned to London and began a career as a freelance journalist and writer. His work appeared in a variety of magazines, including New Writing, Adelphi, and the English Review.

In the late 1920s the American magazine Poetry published several of his plays. He was also a radio broadcaster on psychology. In 1940 he joined the British Army and served in Africa and India until 1946. He later wrote several books about his military experiences. From 1953 to 1968 Croft-Cooke lived in Morocco where he wrote his Sensual World series, possibly his most important contribution to English letters, written as a series of 27 autobiography-cum-travel books.