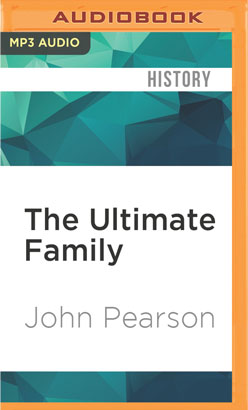 In recent times the British monarchy has become an 'ultimate family' of international superstars, their adventures and personalities transmitted round the globe like episodes in the world's most popular soap opera.

The process began with Queen Mary's transformation of the family into symbols of middle-class morality, but accelerated greatly with the televising of Queen Elizabeth II's Coronation and the euphoric sense of a 'new Elizabethan age' about to begin in gloomy postwar Britain. Prince Charles's Investiture in 1969 was the springboard of a major PR campaign to provide royalty with a human face and helped shape the contemporary image of the royal family as both 'special' and 'ordinary'.

With its account of the shaping of the 'ultimate dream princess', Diana, and in the wake of Prince Andrew's wedding, this fascinating and unique book defines the Royal Family. It is the most timely and relevant book about the British monarchy ever published.