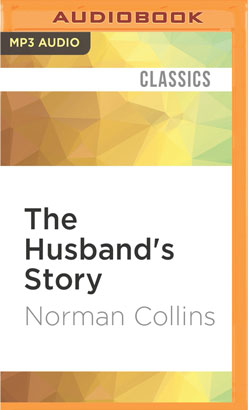 This—as only Norman Collins can tell it—is the story of Stanley Pitts, a contracts filing clerk in the Admiralty, a small man—small in stature, small in ambition and achievement, happy in his work, and devoted to his hobby of photography.

For Stan himself, his latest failure with the Civil Service Selection Board might not have mattered too much. But it mattered to his wife, Beryl. For Beryl is a social climber, mistress of the house in Kendal Terrace, Crocketts Green with its garden gnomes, its wall-to-wall carpeting, its ivory enamel kitchen fitments and its fridge full of Oven-Fresh Old Style Farm House Cornish Pasties; Beryl, mother of little Marleen with her flaxen ringlets, prospective winner of the under-12s ballroom dancing championship; Beryl, the South London suburban housewife in her Mexican housecoat with the Sun-God buttons.

When Stan's tasteful photographic study of "Hoarfrost on Wimbledon Common" wins the Admiralty-Division Photographic Competition on the very eve of his expected promotion, never has the future looked brighter for the inhabitants of No. 16. How then did Stan, with his pride in his job and his keen sense of duty, find his way into the dock of No. 1 Court at the Old Bailey? Why was the sentence such a savage one? What became of Beryl? And what part did Mr Cheevers, crime reporter of the Sunday Sun, play in all this?

Norman Collins is a master storyteller. Its high comedy and almost unbearable suspense make it a brilliant and unforgettable novel.