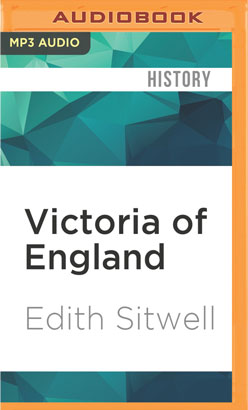 The Victorian era has been one of the most influential in shaping modern British society, and Victoria herself is a powerful symbol of the age. This is a fascinating portrait of the queen, both before and during her reign, by one of the 20th century's most influential women writers. Making extensive use of Victoria's Letters and journal, Edith Sitwell brings alive the queen's relationships with her family and those surrounding the court. She also provides a vivid record of social conditions in Victoria's England.

Edith Sitwell (1887-1964) was born into an aristocratic family and, along with her brothers, Osbert and Sacheverell, had a significant impact on the artistic life of the 20s. She encountered the work of the French symbolists, Rimbaud in particular, early in her writing life and became a champion of the modernist movement, editing six editions of the controversial magazine Wheels. She remained a crusading force against philistinism and conservatism throughout her life and her legacy lies as much in her unstinting support of other artists as it does in her own poetry.