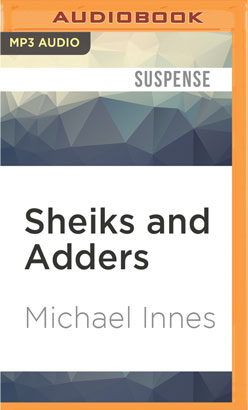 When half of the guests at a charity masquerade fête at Drool Court turn up dressed as sheiks, it must be more than pure coincidence. One of them is the real thing, however, and Sir John Appleby, master detective, discovers that he is in grave danger. When one of the pseudo-sheiks if murdered, Appleby finds himself in the midst of an international political crisis.