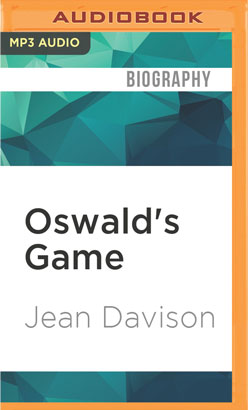 While much was written in the wake of Lee Harvey Oswald's assassination of President John F. Kennedy, few journalists stopped to ask who Oswald really was, and what was driving him. In Oswald's Game, Davison slices to the core of the man, revealing Oswald's most formative moments, beginning with his days as a difficult but intelligent child. She traces his erratic service in the Marine Corps, his youthful marriage, and the radical interests that prompted him to defect to the Soviet Union. A rounded and enthralling portrait emerges, illuminating Oswald's intense conflicts and contradictions. Writing against the grain of earlier accounts, Davison sifts through the evidence to compose an utterly persuasive narrative of Oswald's personal and political motivations, based not on conspiracy but on the life of a profoundly troubled man.