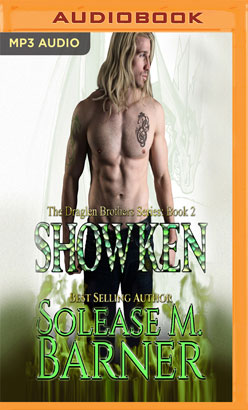 Marilyn Carrington has been hurt by everyone who has ever claimed to love her. Now, she only trusts herself and her .45 caliber pistol. When the sexiest man she has ever seen walks into the bar where she works, she stays clear of him, ignoring his advances, but when he takes the hint and leaves her alone, she finds herself missing him.

Marilyn finds she doesn't care about the danger she senses around him; she wants to know the feeling of love again. Marilyn's only problem now is whether Showken is really ready for her.

Showken Draglen is known for being a playboy. Loving his freedom, he has never committed to a woman, and doesn't ever plan to. But when he sees Marilyn, he will do whatever it takes to have her. Unused to rejection, he becomes even more determined to win her. But deep down, Showken knows that when she finds out what he truly is, she will run, leaving him with the only option he knows: using his power.