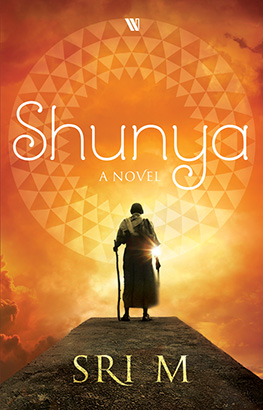 He appears out of nowhere in a sleepy little neighbourhood in suburban Kerala. He calls himself Shunya, the zero. Who is he? A lunatic? A dark magician? A fraud? Or an avadhuta, an enlightened soul?

Saami—as they call him—settles into a small cottage in the backyard of the local toddy shop. Here he spins parables, blesses, curses, drinks endless glasses of black tea and lives in total freedom. On rare occasions, he plays soul-stirring melodies on his old, bamboo-reed flute.

Then, just as mysteriously as he arrived, Shunya vanishes, setting the path for a new avadhuta, a new era.

This first novel by Sri M is a meditation on the void which collapses the wall between reality and make-believe, the limited and the infinite. With its spare storytelling and profound wisdom, it leads us into the realm of ‘shunya’, the nothingness of profound and lasting peace, the beginning and end of all things.