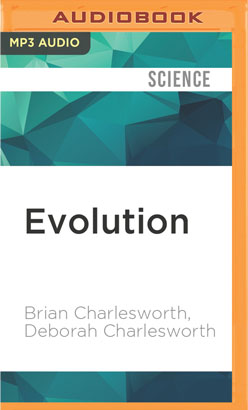 Less than 450 years ago, all European scholars believed that the earth was the centre of a universe that was at most a few million miles in extent, and that the planets, sun, and stars all rotated around this centre. Less than 250 years ago, they believed that the universe was created essentially in its present state about 6000 years ago. Less than 150 years ago, the special creation by God of living species was still dominant. The relentless application of the scientific method of inference from experiment and observation, without reference to religious, or governmental authority has completely transformed our view of our origins and relation to the universe, in less than 500 years. Few would dispute that this programme has been spectacularly successful, particularly in the twentieth century.

This audiobook is about the crucial role of evolutionary biology in transforming our view of human origins and relation to the universe, and the impact of this idea on traditional philosophy and religion. The purpose of this audiobook is to introduce the general listener to some of the most important basic findings, concepts, and procedures of evolutionary biology, as it has developed since the first publications of Darwin and Wallace on the subject, over 140 years ago. Evolution provides a unifying set of principles for the whole of biology; it also illuminates the relation of human beings to the universe and each other. In addition, many aspects of evolution have practical importance; for instance, the rapid evolution of resistance by bacteria to antibiotics and of HIV to antiviral drugs are pressing medical problems.