Death at the Chase 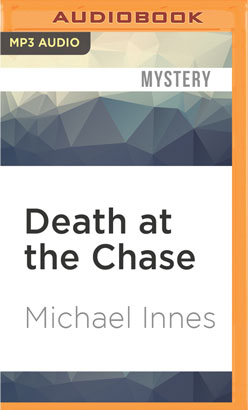 Death at the Chase

When master sleuth, Appleby, leaps over a stile during a country stroll, he is apprehended by an irate Martyn Ashmore, owner of the land on which Appleby has unwittingly trespassed. But when the misunderstanding is cleared up, eccentric, aged Ashmore reveals that he is in fear for his life - once every year, someone attempts to murder him. Is it the French Resistance, or a younger Ashmore on the make? When Martyn dies, Appleby sets out to find who exactly is responsible.