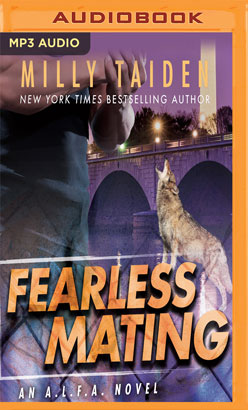 Their jobs have set them at odds, but the attraction brewing between them is too strong to resist in this all-new paranormal romance from the author of Dangerous Mating.

Sergeant Major Candace Obermier has arrived at Alpha League Federal Agency headquarters with one task in mind - shutting it down. While A.L.F.A.'s pledge to protect humans from paranormal threats is noble, they've caused nothing but mayhem as far as Candy can tell. And their director? He's the worst of the lot.

Director Josh Tumbel has finally found his mate. And she's doing everything she can to shut down operations while he struggles to control his mating instincts. But when A.L.F.A. headquarters is taken in a hostage situation, Josh has a chance to demonstrate the critical nature of the agency's existence and prove his worth to Candy as a protector and lover.