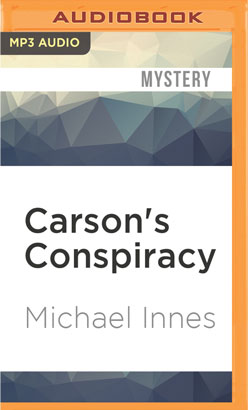 Businessman Carl Carson decides to make a dash for South America to escape the economic slump, leaving his home and his barmy wife. But he has a problem - if his company were seen to be drawing in its horns, it wouldn't last a week. His solution is his wife's favourite delusion - an imaginary son, named Robin. Carson plans to stage a fictitious kidnapping - after all, what could be more natural than a father liquidating his assets to pay the ransom demand?

Unfortunately, Carson has a rather astute neighbour - Sir John Appleby, ex-Commissioner of the Metropolitan Police.